DISCOVERING THE GIFT OF LIFE

Those who have been diagnosed with a life-threatening illness or have been told they have a terminal condition and those who are experiencing old age and realize that death is not too far away have been given an amazing gift…one that is often rejected because of responses such as fear, anger, shock, sadness, or denial of knowing that death is near.

And, it is possible that the gift might be resisted because of guilt or shame for how the person has lived life up to the time of receiving the diagnosis or awareness of the ending of life, or instead of acceptance, the person might feel remorse for not having spent the previous years of life wisely or fully.

But this gift, if accepted, can offer the recipient a chance to experience life more richly than would have been possible had death come without notice or if life were to have been lived from the false belief that it would go on forever.

Despite the fact that most all of us know we will die…sooner or later, most of us treat life as if it were a commodity so common we allow ourselves to spend far too many of our days killing time, and we live as if we have forever instead of understanding that our days in the present form are limited.

When something happens that challenges us to see truth about our finite condition, perhaps for the first time, we can receive the gift of life that we did not know how to receive when it first came to us, when we wiled so much of it away in unimportant ways.

Instead of accepting the cultural conclusions about the meaning of life, like accumulating wealth, power, status, and more, we can decide for ourselves what we want to experience by embracing the gift of life by becoming friends with the gift of death. 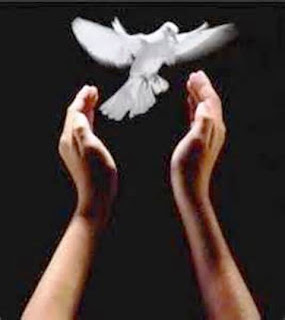 Click the http address below to hear the beautiful song in tribute to the passing of Pete Seeger, January 27, 2014.

From the album “Pete” (1996, Living Music), which won the Grammy award for Best Traditional Folk Album of 1996.

About this song, Pete wrote: “In 1958 I sang at the funeral of John McManus, co-editor of the radical newsweekly, The Guardian, and regretted that I had no song worthy of the occasion. So this got written.”

“We are so convinced that death is simply the end of a process that it does not ordinarily occur to us to conceive of death as a goal and a fulfillment.”

“It would seem to be more in accord with the collective psyche of humanity to regard death as the fulfillment of life’s meaning and as its goal in the truest sense, instead of a meaningless cessation.”

“Death is the hardest thing from the outside and as long as we are outside of it. But once inside you taste of such completeness and peace and fulfillment that you don’t want to return.”

“…death appears as a joyful event. In light of eternity, it is a wedding…The soul attains, as it were, its missing half, it achieves wholeness.

“What happens after death is so unspeakably glorious that our imagination and our feelings do not suffice to form even an approximate conception of it.”

“Shrinking away from death is something unhealthy and abnormal which robs the second half of life of its purpose.”

“We need the coldness of death to see clearly. Life wants to live and to die, to begin and to end. You are not forced to live eternally; but you can also die, since there is a will in you for both. Life and death must strike a balance in your existence. Today’s men need a large slice of death, since too much incorrectness lives in them, and too much correctness died in them. What stays in balance is correct, what disturbs balance is incorrect. But if balance has been attained, then that which preserves it is incorrect and that which disturbs it is correct. Balance is at once life and death. For the completion of life a balance with death is fitting. If I accept death, then my tree greens, since dying increases life. If I plunge into the death encompassing the world, then my buds break open. How much our life needs death!”

“Joy at the smallest things comes to you only when you have accepted death. But if you look out greedily for all that you could still live, then nothing is great enough for your pleasure, and the smallest things that continue to surround you are no longer a joy. Therefore I behold death, since it teaches me how to live. If you accept death, it is altogether like a frosty night and an anxious misgiving, but a frosty night in a vineyard full of sweet grapes. You will soon take pleasure in your wealth. Death ripens. One needs death to be able to harvest the fruit. Without death, life would be meaningless, since the long-lasting rises again and denies its own meaning. To be, and to enjoy your being, you need death, and limitation enables you to fulfill your being.”

For over 20 years, Dr. Sandy has been working with people who have been diagnosed with terminal cancer and other life-threatening diseases, supporting them to:

Click:  Cancer Workshop,  to see Dr. Sandy Sela-Smith’s brochure on When Cancer Strikes, directed not just to those with cancer, but to any facing life-threatening situations.

Sandy can work with clients via phone, in workshops, and in intensive immersion sessions where she comes to the person struggling with major life issues. If you are interested in working with her, email her at sselasmith@aol.com or call 727-744-4976.